Over the last 2 years a lot of people have asked me, why swimming in the Thames?

Its taken a bit of time but I now know why, there’s water in my veins. Watery holidays were a consistent feature of my childhood. Whether a narrowboat holiday on the Grand Union or being buffeted by surf along the Cornish Atlantic coast these were considered proper family holidays, come rain or shine. In pursuing this vision for a floating lido in the Thames, I’ve begun to realise that I’ve always had this special bond with water. So it’ll come as no surprise that very similar holidays are now a key part of my young family’s repertoire.

It was the summer of 2013 when we were all swimming in Lake Zurich that this campaign was born. A tweet from The Architecture Foundation alerted me to an Open Call for ‘Future Ideas for the Thames’. The Swiss, Scandinavians and frankly most cities in-between have an intimate relationship with their urban waterways. Floating baths were prevalent across Europe from the early 1800s and in most cities the essence of this relationship remains.

It’s often overlooked but London‘s last floating bath was in 1875. Moored just downstream from Westminster, the cast iron and glass structure heated and filtered Thames water for what must have been an unforgettable indoor swimming experience. The Thames has been integral to trade in London and up until the Bath and Washhouses Act of 1846 it was also one of the few places to swim in London. The Great Stink of 1858 led to Sir Joseph Bazalgette’s magnificent sewers and then almost 100 years later water quality hit an all-time low when the Natural History Museum declared the river biologically dead. However, since then numerous organisations’ tireless work has seen the quality of the river water improve dramatically. Bazalgette’s sewers solved one problem but created another. With the new embankments, the river was narrowed, the foreshore lost and the city seemed to turn its back on the Thames as London’s population grew from 4 million to 8 million today. The encroachment on public space along the riverfront has been rampant over the last 20+ years. Our plans are about re-connecting Londoners with the lifeblood of our city, providing much needed ‘green’ and ‘blue’ spaces along this precious resource.

Thames Baths is a naturally filtering, floating lido. On the steel pontoon is a 25m 6 lane pool and a smaller training pool. Supporting functions such as changing rooms, café, shop and are spread over the generous open deck. This isn’t just an amazing chemical free natural swimming pool but a new public space for London, an extension to the riverwalk. Thames Baths is a community asset and a CIC (Community Interest Company). Our proposals are supported by three overriding principles:
– Environment- naturally filtering Thames water and reintroducing native planting
– Education- a place for children to learn to swim but also to learn about the Thames
– Health & well-being- continuing to diversify London’s ‘green’ and ‘blue’ public spaces and encourage participation in sport at all ages.
Our plan is to deliver an exemplary project for London’s largest underutilised space. From the design to realisation we’re seeking out the best consultants, partners and sponsors to help us. This isn’t easy but we’ve already started to make huge steps to achieving London’s first floating baths since 1875. With the 1200+ Founding Members established during our Kickstarter campaign we believe we’re well underway to making this a reality.
If you’d like to become one of our partners or sponsors please don’t hesitate to get in touch with us, we’d love to hear from you. 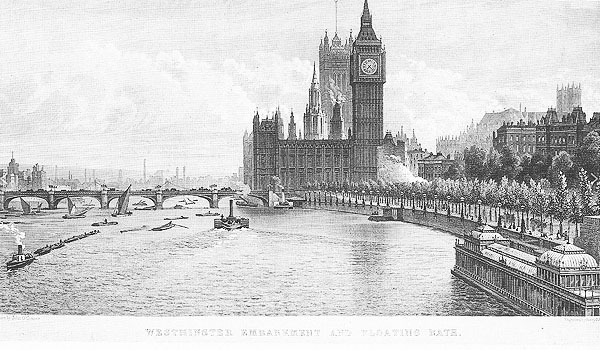